My dad came to visit this weekend and on Saturday morning we knew we needed to spend time outside. It was a gorgeous day, in the upper seventies, and after brunch at a diner we wandered over to the Brooklyn Botanic Garden. Famous for its cherry blossom festival each spring, the Botanic Garden is located in the northeast part of Prospect Park, near the Brooklyn Museum and the main branch of the Brooklyn Public Library. When we got there, we made a lovely discovery: admission is free on Saturday mornings between 10 am and 12 pm.

We wandered into the park and found ourselves in the native flora section, where some of the bushes smelled like the ones we had in our old backyard. There were wide paths and narrow ones, and while we could hear traffic and catch an occasional glimpse of it, this little bit of woods could have almost been a trail in a park upstate. At the head of one of the narrow paths we came across a young couple and their tiny twin toddlers. One of the girls was walking sturdily along until she saw us, at which point she hid behind her mother’s leg.

We emerged out of the flora paths and passed a pond, complete with turtles and lily pads, then walked into the rose garden, my favorite part of the Botanic Garden. I took picture after picture, trying to capture the vibrant colors. There was a couple who looked to be taking engagement photos, and a little later a woman asked me to take a photo of her in front of the roses. 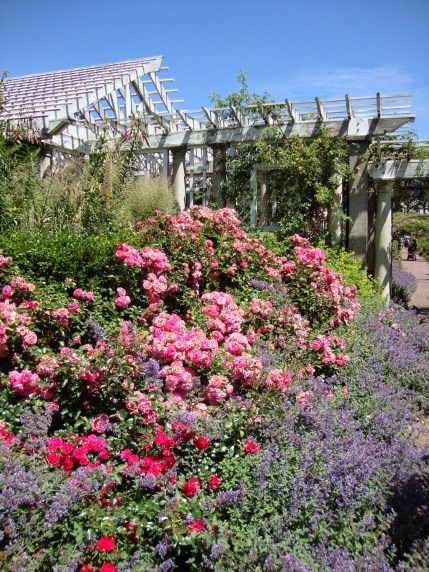 Alongside the rose garden was a beautiful lawn that I think was the esplanade where the cherry blossoms would have been in early spring. Families were sprawled out on the grass, and while you’re not supposed to bring food into the garden, it looked like a perfect place for a picnic – or at least for a quiet afternoon with a book. 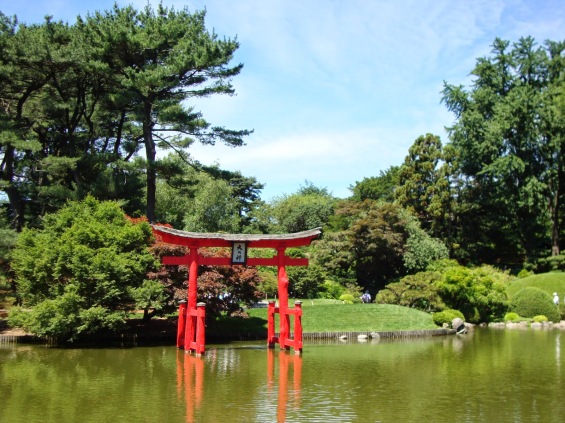 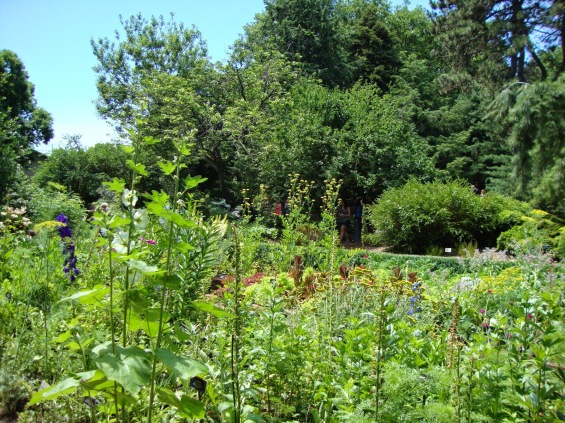 There are other times when the Botanic Garden is free, so check out the website to plan your visit! Has anyone else spent any time there? What’s the best season to go?