I have emerged from my freelance cocoon! And despite the snowflakes I saw this morning, I think spring is about to land in New York City. I’m not making any promises but I’m optimistic – it’s supposed to be sixty degrees on Friday.

I took a long weekend last week because my best friend came to visit for four days. She lives out in San Diego and was gratifyingly charmed to arrive early Saturday morning to Christmas-like snow. It melted quickly, and while it wasn’t exactly warm while she was here, it was pleasant enough that we managed to run around the city without worrying too much about the temperature.

So what did we do? Well, considering we’ve spent much of our friendship geeking out over musical theater together, we went to see three different musicals. I plan to tell you all about them in good time, because all three were great and worth seeing, but that’s for later.

For now, let me tell you about our outing to the Museum of the Moving Image in Astoria. I’d been to the museum once before, with my family, when a video game exhibition was on view, but I don’t get to Queens often so I hadn’t been back. We decided to head over around lunchtime on Saturday, and after a lunch at the nearby Arepas Café, we got in line for the museum. 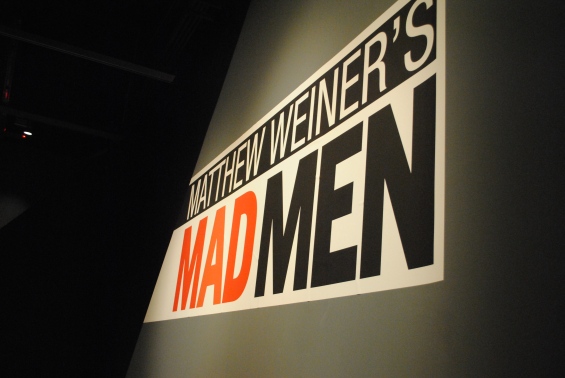 Note to self: Saturday is a busy day at the Museum of the Moving Image! We arrived around 2 and it took maybe fifteen minutes for us to get inside. Once inside, we headed straight for the Mad Men exhibit, which had just opened. It, too, had a line, but once we were inside we got a look at papers outlining the planning process for the show, going back years to when it was just an idea Matthew Weiner had. We saw a re-creation of the writers’ room, character sketches, and finally a number of costumes and props from the show, including even a few sets. I’ve only seen an episode or two of the show, but my friend is a fan, and I’m always fascinated by the creative process and the formation of stories, so I liked it a lot too. The exhibit runs through June 14, 2015.

We explored the rest of the museum – it’s small enough that you can see everything in a few hours. Some highlights: a wall of portraits of celebrities, memorabilia from TV shows and films, special props, even a small movie theater. 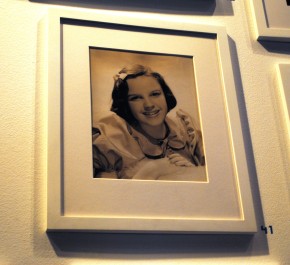 There’s a whole section devoted to the history of animation, and you can make these neat stop motion animations. My animation skills are… amateur, but still fun. 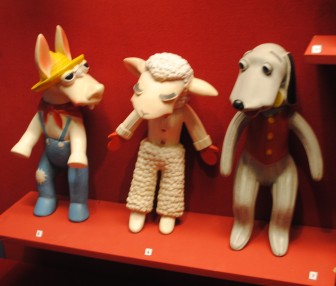 The museum is open Wednesday through Sunday and stays open till 8 p.m. on Fridays. Admission is $12 for adults, $9 for students and seniors, and $6 for kids 3 to 12. I’ve yet to see a movie there, but it’s worth checking out what’s playing! 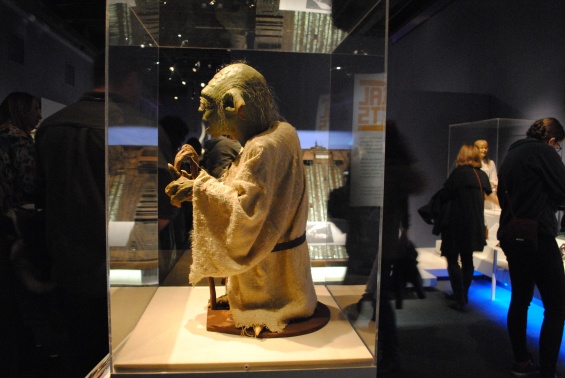 Have you been to the Museum of the Moving Image? What was your favorite part?

3 thoughts on “Museum of the Moving Image, Astoria”